As you might hope for a film with a script from the great Jules Feiffer, Dan Mirvish’s Bernard and Huey bristles with anxious, circuitous, hilarious talk. Feiffer, Rash and Koechner is a potent combination.
– Alan Scherstuhl, Village Voice/LA Weekly [Rotten Tomatoes “Fresh”]

Very very good…. It’s hilarious, heart-breaking, and sneakily wise. For most of the time I was in Park City, Bernard and Huey was my favorite film I had seen at either festival. It’s that good.
– Michael Dunaway, Paste Magazine

Bernard and Huey is indeed funny, and surprisingly salient for being written almost three decades ago. A light, comedic, and very welcome respite from all the heavy toxicity rampant in both Hollywood and politics these days.
– Melissa Fields, Park City Magazine

Mirvish has stylishly blended the past and present for a comfortable vibe that makes the film fun and cool.
– Bradley Gibson, FilmThreat [Rotten Tomatoes “Fresh”]

From the beginning I was mesmerized. I saw Feiffer up on the screen in a way I hadn’t before. The cartoon characters seemed unexpectedly real to me, and it felt like a tribute to all my years of doing the strip in the Voice and later in Playboy. My work has been transformed, but it’s still me. This film gives me great joy.
– Jules Feiffer, San Francisco Chronicle (interview)

Sure-handed, all around – sharp, engaged work by the cast; skilled cinematography; well-paced. Impressive and, above all, *fun*
– Geitner Simmons, Omaha World-Herald

Among the film’s chief pleasures are outstanding performances from Rash as the older Bernard and, especially, Koechner as the contemporary Huey.
– Walter Addiego, San Francisco Chronicle

A film that just gets funnier as it goes on, it is a very simple tale of love and friendship, littered with David Koechner’s usual crass humour which plays off excellently with Rash’s more neurotic style. They are a comedic duo that wouldn’t necessarily come to mind but they have surprisingly great chemistry in their scenes together. Breezily directed by Dan Mirvish, this film, while small scaled, is certainly sweet and more than worth checking out.
– Will Stevenson, VivaManchester

BERNARD AND HUEY, a film by Dan Mirvish and Jules Feiffer, is a brilliant comedy with a screenplay by legendary Pulitzer/Oscar/Obie-winner Jules Feiffer (CARNAL KNOWLEDGE), based on characters from his long-running comic strip in the Village Voice.
– Broadway World

Dan Mirvish’s deliciously amusing comedy Bernard and Huey…. Feiffer’s fine dialogue is as polished and as sharp as a saber, while dripping with humor. Simple letters evolve into an emotionally charged emotional storm of words, in which the wind of truth is often flanked by the gentle breeze of the lie, which naturally discharges itself (much to the delight of the spectator) in an amusing thunderstorm. And in this Feiffer then ignites the rain…. If the author of these lines had three thumbs, he would, without hesitation, stretch them to heaven. Absolute insider tip!
– Stefan Rackow, MannBeisstFilm.de [6/6 stars]

Feiffer’s distinctive writing resonates even decades later….an incisive portrait of middle-aged men refusing to grow up, especially as contrasted with the many smart women in their orbit who have no hesitation about putting them in their place. [Rash] does an excellent job of conveying Bernard’s self-absorption and oddball charm.
– Frank Scheck, The Hollywood Reporter [Rotten Tomatoes “Fresh”]

Director Mirvish has succeeded with a warm-hearted comedy that illustrates how timeless Feiffer’s bizarre and loving characters are.
– Claudia Ellebrecht, Oldenburger Onlinezeitung (Germany)

An introspective character analysis expected from Pulitzer Prize and Oscar-winning writer Jules Feiffer.  It’s a smart film about dumb men and the choices they make.  We get to see the modern-day older versions of Bernard and Huey and flash back to their younger selves when they were young and full of combustible sex drives. Jim Rash and David Koechner are great in the title roles….’Bernard and Huey’ is an engaging and entertaining film poignantly directed by Dan Mirvish and carried by an excellent cast of character actors who make the material pop.
– Anghus Houvouras, Encore Weekly (Wilmington)

Laceratingly honest…. the vanity deficient Koechner really gets more impressive with each film—Bernard and Huey deserves to exist if only to bug the insufferably Stalinist “woke” among us who might not want an inside critique of toxic masculinity with this much wry compassion attached. Plus it’s nice to see Nancy Travis back on the big screen.
– Adrian Mack, The Georgia Straight [Rotten Tomatoes “Fresh”]

Director Dan Mirvish expertly captures the Big Apple vibe as the two main characters wander endless streets and debate at countless dives and diners. Rash and Koechner are an engaging unlikely pair who know just the right “buttons” to push with each other (at times there’s a palpable air of potential violence in these encounters). The women here are more than just mere conquests or obstacles, really delivering a sharp verbal “smack-down” to their crude “come-ons (especially Huey). Whitman, in particular. is quite convincing as an artist that believes she just needs the right break, while not accepting any form of criticism about her gruesome imagery (all concern distorting of a certain organ). For fans of the formidable Feiffer, BERNARD AND HUEY is a must movie date.
– Jim Batts, WeAreMovieGeeks.com

Mae Whitman, a brilliant, edgy younger version of Janeane Garofalo….Koechner, best known as Champ Kind from Will Ferrell’s ‘Anchorman’ movies, fits in Huey’s pudgy skin as if it were a tailored suit. Rash (Dean Pelton from ‘Community’) gives a sort of metro, caffeine-edged take to Don Knotts’ ‘Nervous Guy.’ The two play off each other like an updated Odd Couple.  The film is dialogue-heavy, but Feiffer’s lines are usually witty. The cast is chock-full of New York-based talent. (Character actor Richard Kind, from  “Spin City,” shows up late but effectively as Huey’s hardworking brother.)  Life in the Big Apple is rough, it seems, but it’s still a bed of neuroses.
– Ben Steelman, Star News (Wilmington)

Based on the work of Pulitzer Prize winner Jules Feiffer the film recounts the reunion of the two friend twenty years after the beginning of this friendship in youth. The problems remain the same: women. But, the approach is intelligent, human and very elegant. The way in which each one relates to the women of their lives: ex-wife, daughter, girlfriends, ex-girlfriends, etc. What changed with age was how to see these women and, consequently, to relate to them. A beautiful film for anyone who likes to discuss relationships.
– Cinema & Movimento (Brazil)

One of the most compelling things about the movie in aspects it’s a delightful date-movie, but it’s also the opening for a conversation. Out-dated old attitudes contrasted with progressive new attitudes. The cast is fantastic! The casting of the younger Bernard and Huey is so dead on. You’ve always had the best marketing ideas – brilliant creative ideas. you’re like the DIY craftman of indie films.
– Chris Gore, FilmThreat Podcast

David Koechner as Huey and Jim Rash as Bernard are funny and refreshing. Nancy Travis as Mona – another charismatic character, is magnetic and hilarious, especially in several particular scenes, which, I am sure, the viewer will not miss. Overall, Bernard and Huey is a crowd pleaser. A smart and dynamic comedy.
– Ulkar Alakbarov, MovieMovesMe.com

The collaboration between Mirvish (40) and Feiffer (88) produced an amusing, but also a thought-provoking film.
– Klaus Fricke, Nordwest Zeitung (Germany)

I liked Bernard and Huey for the way it grabbed Bernard and rattled him. Rash is nuanced and neurotic, and Koechner is a great foil.
– Parker Scott Mortensen, SLUG Magazine

A lost treasure….Bernard and Huey is a film about relationships and fatherhood but it’s also one that will likely hit close to home for the lifelong single folks.
– Danielle Solzman, Cultured Vultures [RottenTomatoes “Fresh”]

For as much of a flaming garbage pile of human awfulness as 2018 has been, it’s still capable of a few surprises that don’t make you want to grab a razor and go down the road. Case in point: a new Jules Feiffer film!…most of the running time it’s Jim Rash speaking Jules Feiffer’s words, which makes 2018 just a little more bearable.
– Sherilyn Connelly, San Francisco Weekly

“Bernard and Huey”- written by Jules Feiffer, 86, who also penned Mike Nichols “Carnal Knowledge”, is being turned into a feature next year by Director Dan Mirvish. – The Hollywood Reporter

“This could be the lens you need for dream sequences, flashbacks,hallucinations,or just a cool montage.” -Indiewire

“29 years after he wrote it, Pulitzer Prize-winning Village Voice cartoonist and now-and-again screenwriter Jules Feiffer’s “Bernard and Huey” will finally live on the big screen.”– Indiewire

“But I think Jules recognized that I share with him a similar world view, sense of humor and impatience with Hollywood’s traditional hurry up and wait approach.” – Indiewire

“With a track record like Feiffer’s, chances are whatever hadn’t gotten made was still probably pretty good!” -Filmmaker Magazine

“If you’re looking for ways to make crazy images, with all sorts of weird flares and reflections, with your Canon DSLR for very little money, MirvishScope might be a great fit for you.” -nofilmschool

“The characters of Pulitzer Prize–winning Southampton cartoonist, playwright, novelist and screenwriter Jules Feiffer are one step closer to coming to life.” – Dan’s Papers 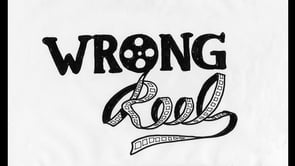 “Dan Mirvish is in the final stretch of his Kickstarter campaign to bring to the screen ‘Bernard and Huey’, a script by Pulitzer Prize-winning cartoonist, author, screenwriter and playwright Jules Feiffer (‘Carnal Knowledge’ – 1971).”– Wrongreel

“With MirvishScope, Dan Mirvish once again explodes everything we thought we knew about movie making. He has accomplished the impossible- a total redefinition of the term ‘lens’.” -Sundance Special Jury Award winner Mathew Harrison

“Feiffer is a god. He’s one of the true geniuses in the business .[Mirvish and Feiffer] are a perfect match!” – Bill Plympton